Greasepaint didn't play much of a role. I don't think anyone seriously believes that art and politics have that directly pragmatic a connection. On the other hand, to use a US example, I think there's a strong case that the coming out of popular entertainers and the existence of television shows like Glee and Modern Family have done more to advance support for gay marriage than every political campaign combined, and that the public mainstreaming of same sex relationships has been far more effective than counter-organizing in countering anti-marriage equality campaigns.

Viewpoints on that issue have moved at more or less a fixed rate as an older generation dies and a younger generation is by default more tolerant, suggesting that it is a cultural shift driving the politics, not a political shift as such. As for the Hitler issue, I don't think what I'm saying points towards that fallacy at all. I'm saying that military intervention after the fact and aesthetic opposition prior to the event are not exactly comparable.

The cabarets provided a failed opposition to Hitler's rise. The military response, though obviously effective, was not an opposition to his rise at all. Or, put another way, at least the cabarets were there in time to help. Ian I'm sort of with you there. As someone who's involved in both countercultural art and actual countercultural political movements I'm the last person to defend apathetic armchair philosophizing.

I trained in extremely radical academia that is as much about social movements as it is research, conferencing and publication so I'm well aware of what it takes to make a difference: Meticulous observation and inference and a ridiculous amount of communication and trying to get your voice, and those of the voiceless, out to anyone who will listen. However, I probably wouldn't be in the field I'm in now if it wasn't for the art and music and subcultures themselves-it helped an incalculable amount that I found the right group of people at a crucial point in my life that spoke to me and inspired me such that it helped crystallize my worldview and figure out who I was and where I stood.

No matter how much you say art isn't the singular answer to sociopolitical issues and no matter how much I'll agree with you, that's an aspect of art that absolutely cannot be denied. The other side to consider is that art can provide an outlet for people who have no other communication channels: I'm thinking of disenfranchised poverty-level people in inner cities who may not be able to spare the time, money and effort to create a gigantic social movement but who might be able to paint a mural about how they feel.

I once worked with a sociologist and artist who dedicated her life to that very cause. WGPJosh Art can certainly inspire, but political convictions - and the drive to political action - come from all sorts of sources and are different for different people. Religion is surprisingly common, even in the UK. For me the roots are actually, I think, in science which I insist is a fundamentally liberal pursuit.

For many people it's about concern for the environment local or global , concern for the well-being of their neighbours, or outrage at some gross injustice. I dare say there are some people involved in politics who have got there through an artistic inspiration, but as far as I know I haven't met any. Mind you, I can think of one example: Alex Wilcock has a post somewhere about how Doctor Who made him a liberal. As I said above, I don't insist there is no link between art and politics, just that it is a tenuous one - and if you want to make a difference to the political world, the way you do it is by going out there and getting stuck in to actual politics, not by countercultural artistic expression.

Phil You keep beating me to the good responses, making me feel redundant and inadequate! As for making gay marriage mainstream, there is a dark side to that however: It's sort of a two-steps-forward, one-step-back deal because in order to make it legitimate, there's had to have been a kind of concession on the part of activists to spin gay marriage into something "palatable" for their opponents in an effort to compromise that winds up reinforcing hegemony anyway, just with caveats.

But does that not suggest that the TV programmes are in fact irrelevant, or at most are reflecting an already-existing demographic change, rather than causing or even leading that change? It certainly was an opposition to his rise to ruler of all of continental Europe west of the USSR and the complete eradication of all Jews from those territories, which was were he was headed had, say, Churchill accepted his offer of peace with the British Empire instead of sending in the bullets and bombs I severely doubt the Americans would have got involved without Britain as a base, and Stalin, while always unpredictable, could quite conceivably have been satisfied with merely beating him back to the border had the Germans war on two fronts not provided him with the perfect opportunity for a land-grab.

You seem to be writing as if Hitler's rise ended when he had control of Germany. But Czechoslovakia, France, and Poland, among others, would point out that he was most assuredly still rising long after reaching the top of the tree in Germany. Also, when you reach the point where the entire system itself is against you as it was for counterculturalists in the s Ah, yes, that would be why it was impossible for counterculturists like Ben Elton and Alexei Sayle, for example, to get their message out to the public using mass media: because the entire system was against them.


Iain There I do agree with you, but, as Phil said, there's no way to seriously claim art and politics have a direct link and that's not what I'm saying. Sure most of the decisions I've made and the actions I've taken come out of a righteous anger and indignation at injustice and inequality. On the other hand, I'm not going to pretend my struggle wasn't made easier or my personal path wasn't enriched by having a soundtrack to go along with it.

My art and music is more for me than anyone else of course: Maybe what I'm saying is I'm attracted to the kind of art and subcultures I am because of my convictions and not the reverse. 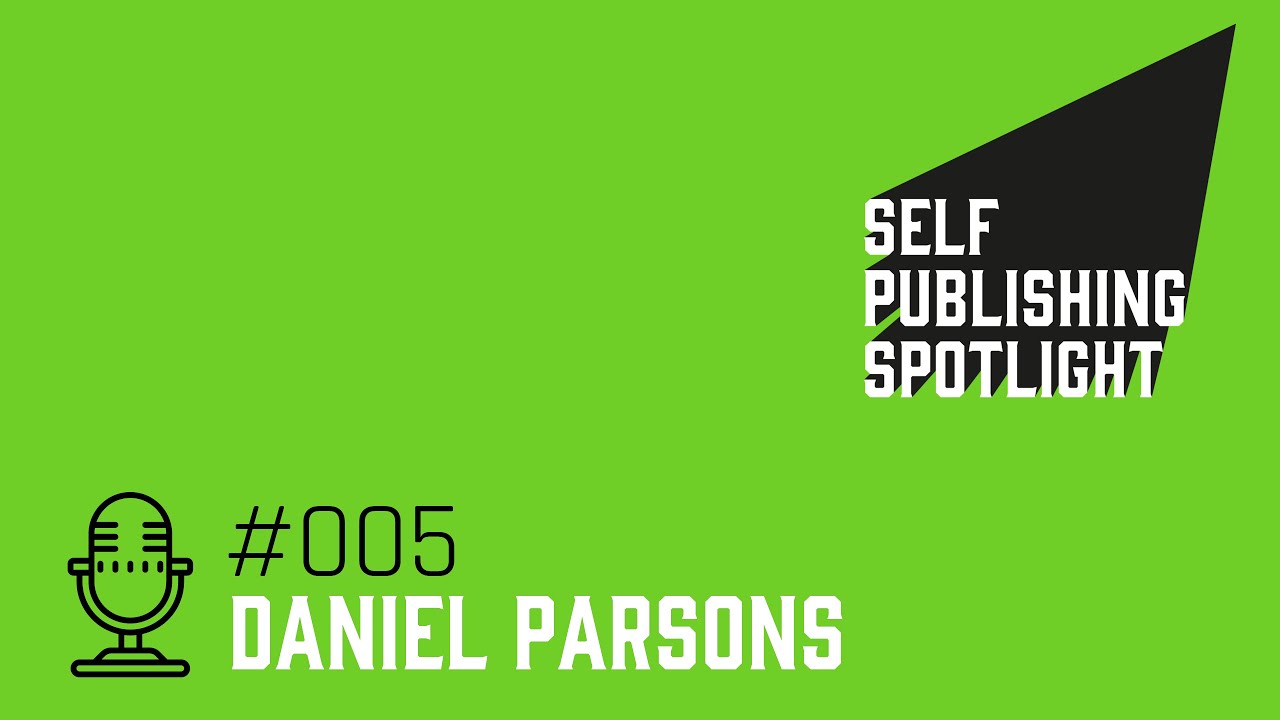 Even so, they both kind of reinforce one another I feel. Phil: You were the one saying that countercultural artistic production is the most fundamental weapon in existence against the right. I just think that's bollocks. Mass organisation is the most fundamental weapon in any political struggle. The gay rights issue is interesting, and you do have a point that a broader societal change is driving institutional political change. I'm sceptical that Glee and Modern Family are all that crucial, if only because they haven't been around all that long, although one could easily find older examples.

The coming out of prominent public figures is likely to be a more important and fundamental part of that shift in attitudes. But there again, I'll confess to not being so familiar with the US scene, but certainly here in the UK there was considerable mass organisation pushing that coming out process, not least from Stonewall.


I also wonder, with no real data, how much the AIDS epidemic did to change attitudes, as it became very clear that many well-loved entertainers were indeed gay. But that's a much larger discussion. On Hitler, I don't think I'm courting controversy by saying the military opposition would have been all the more effective if it had started sooner. SK - It would only suggest that if an alternative explanation for what would motivate a constant rate of change were also proposed. As for Hitler's rise, I don't think the specific inflection point between rise and fall changes my point, which is that there is something to be said for the opposition that gets there first.

And in response to Iain's point about military response starting sooner, it couldn't have, though. I mean, we genuinely don't want a precedent that pre-emtpively overthrowing an undesirable elected government is acceptable. Military response couldn't b there in time. Speaking of Iain - I stand by that.

Fundamental being, in this case, synonymous with foundational. No political movement exists without aesthetic backing. You cannot get to mass political movement without first going through art. Art is the starting point - the initial response. At the risk of being pedantic and starting a massive off-topic series of arguments , I'd advise caution on the interchangeable use of the terms "science fiction" and "sci-fi".

The term "Sci-Fi" carries a pejorative connotation due to its use by critics to distinguish "science fiction" from the work of hacks. John W.

Campbell, Jr: "It's Science Fiction if, presuming technical competence on the part of the writer, he genuinely believes it could happen. Otherwise, it's fantasy. William Shirer is quite emphatic in his view that a military response by the UK and France to the German invasion of Czechoslovakia would likely have led to the fall of the Nazi regime in short order.

But that's a side issue. Your main point is this: No political movement exists without aesthetic backing. I disagree, but am willing to be convinced.

The mass political movement of which I have been a member for a decade and a half, during which time I have campaigned, stood for election, participated in internal party committees and held executive political power, is the Liberal Democrat party in the UK. What would you suggest is the aesthetic backing of that particular political movement?

Keith, Yeah, but Campbell was full of shit. Science fiction, Hard SF, sci-fi and science fantasy are all just slightly different aesthetics. Iain Coleman, I have held political office. But electoral office is some way downstream well, at best from the kind of political change that's under discussion here. By the time a political candidate gets around to being elected on a pro-X platform, grassroots efforts have in most cases done the lion's share of swaying public opinion toward X some examples: gay marriage; the u. I interrupt the regularly scheduled academic discourse to say: Romana: You should go into partnership with a glazier.

You'd have a truly symbiotic working relationship. Duggan: What?


Romana: I'm just pointing out that you break a lot of glass. Duggan: You can't make an omelette without breaking eggs. Romana: If YOU wanted an omelette, I'd expect to find a pile of broken crockery, a cooker in flames and an unconscious chef. I'd argue that "science fantasy" is nothing more than a contradiction in terms.

Of course, you get all sorts of headaches with what counts as scientifically possible. Some people take this stuff a lot more seriously than I do check out rec.